The Cup Series is comprised of fun tournaments with unique formats between October and March. Each event is flighted with prizes awarded to top teams. Points are given to individual players based on their team finish per event so recruit wisely! A player will be crowned after March Madness with an estimated pay out of $300+ and bragging rights as the Cup Champion. 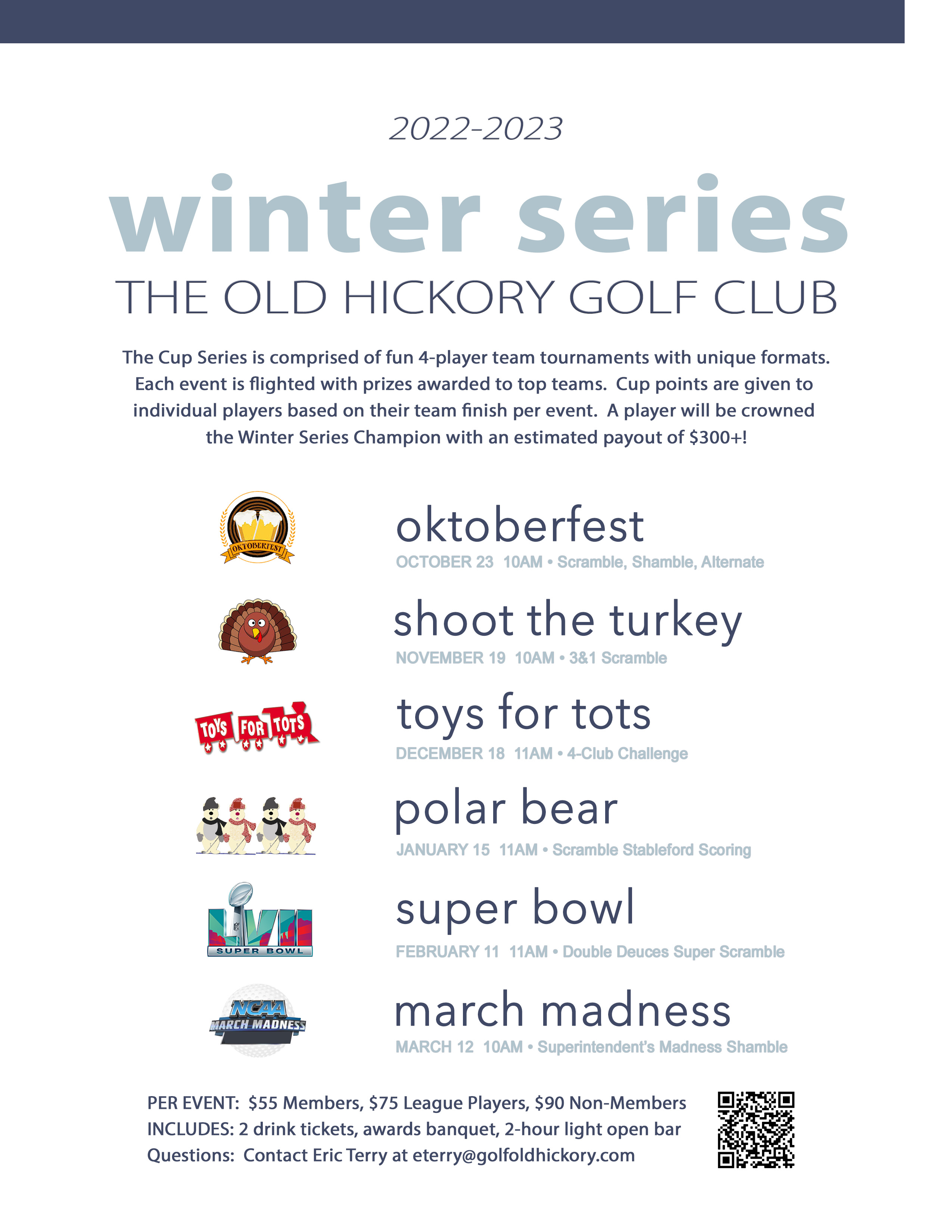 Points are awarded to individuals after each event based on their respective team's finish.  Teams may recruit new players for different events.

Thank you to our Winter Series Sponsors!